Manhatta - Wall Street, New York - 1915 - 1920 - 2018  - (Still from video)
In 1915 Paul Strand took the photograph “Wall Street, New York” which embodied the capabilities of the “straight-photography” movement. In 1920 Charles Sheeler and Strand returned to the sites of several of Strand’s earlier photographs, including “Wall Street”, and made the film “Manhatta”. Based on his methods and experimentation with motion, I rephotographed and refilmed his work.
​
​Strand explored the visual techniques of his time and combined photography, film and poetry reinterpreting the use of the stationary and moving image. His work in the beginning of the 20th century contrasted the massive constructions of New York with the working class. In my work I used stereoscope tools and blended the 1915 - 1920 images with 2018 ones creating an intimate and personal experience with the viewer. These apparatuses are important because they create the feeling of intimate interaction between the object and the viewer updating this overwhelming experience in our society.
Wall Street, New York. 1915-1920-29018. Time: 1 minute. Requires: Stereoscope viewer 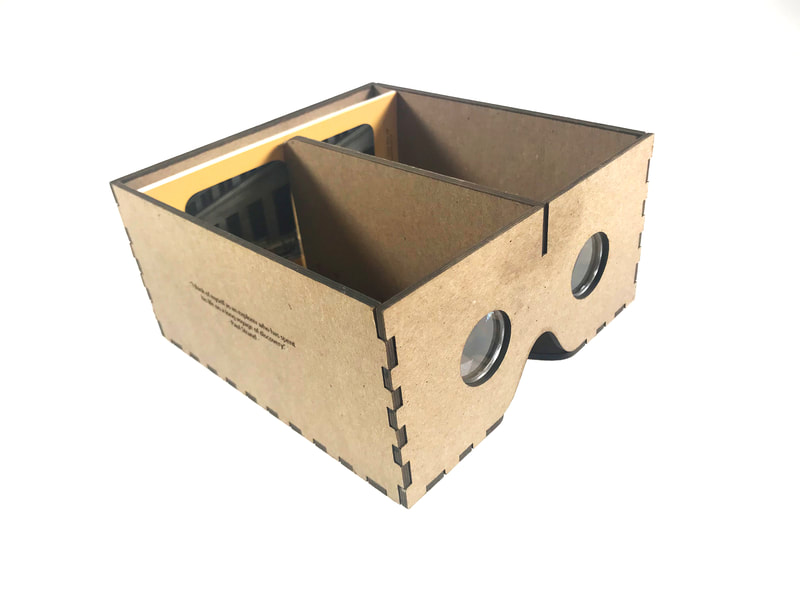 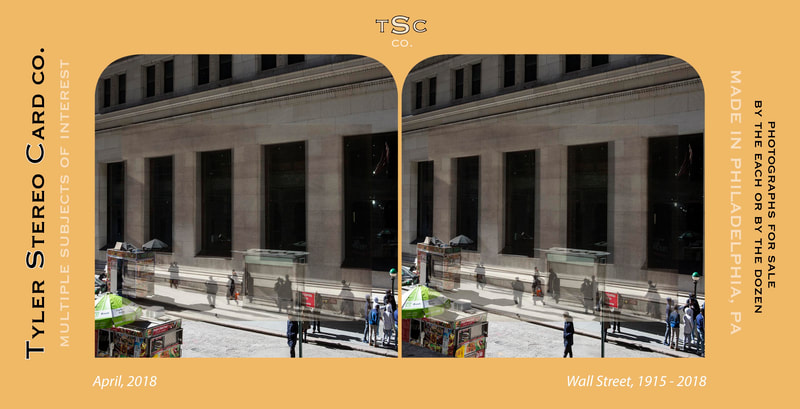 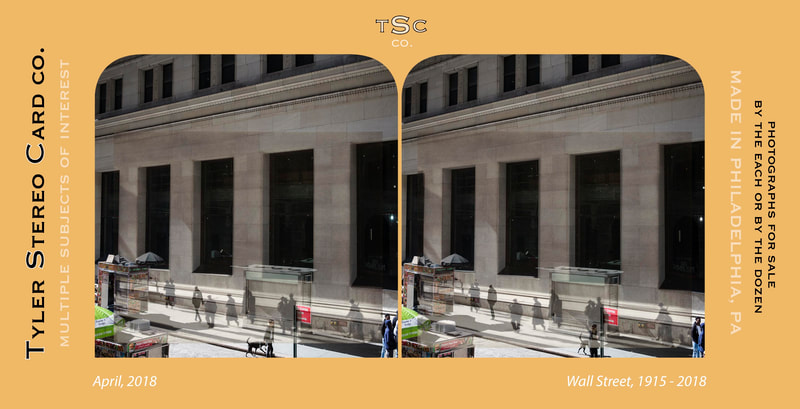 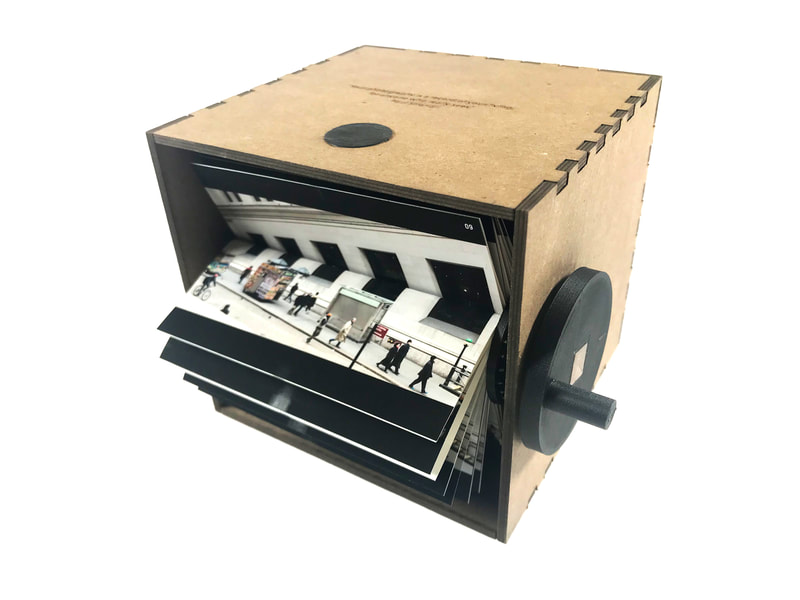 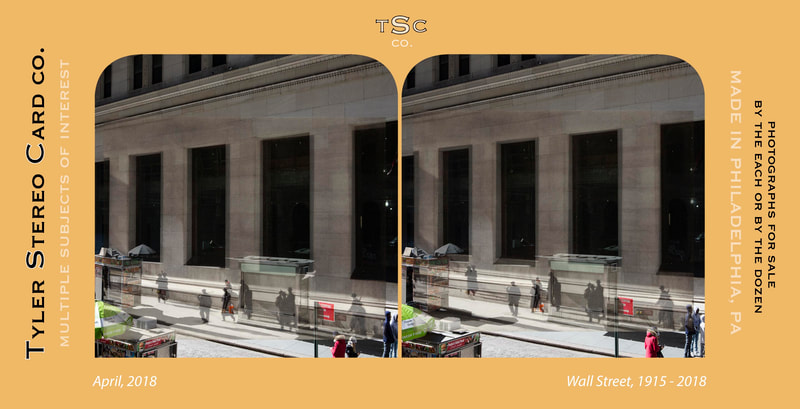 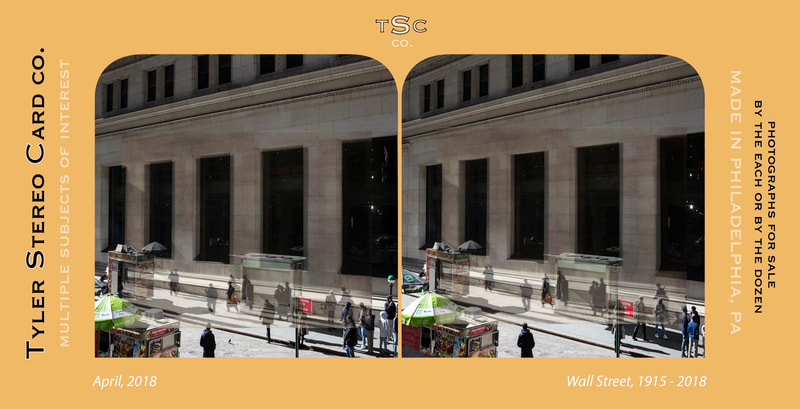 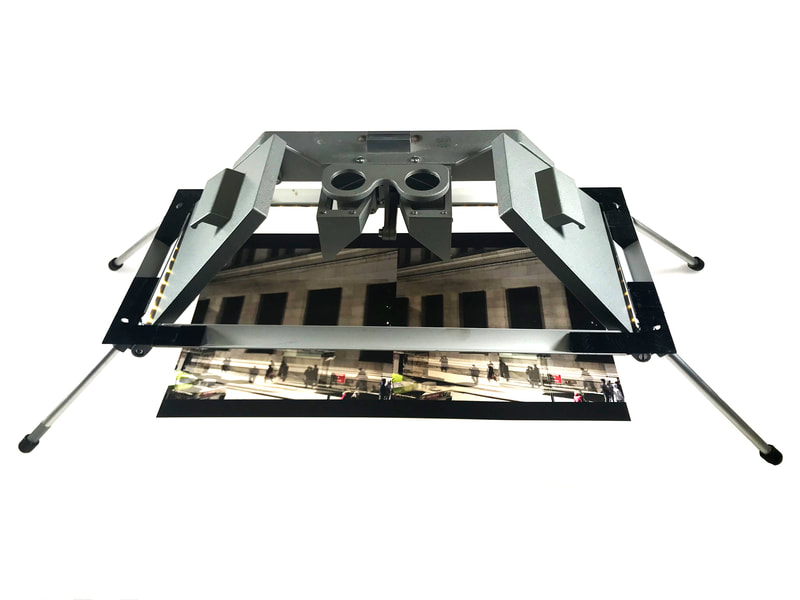 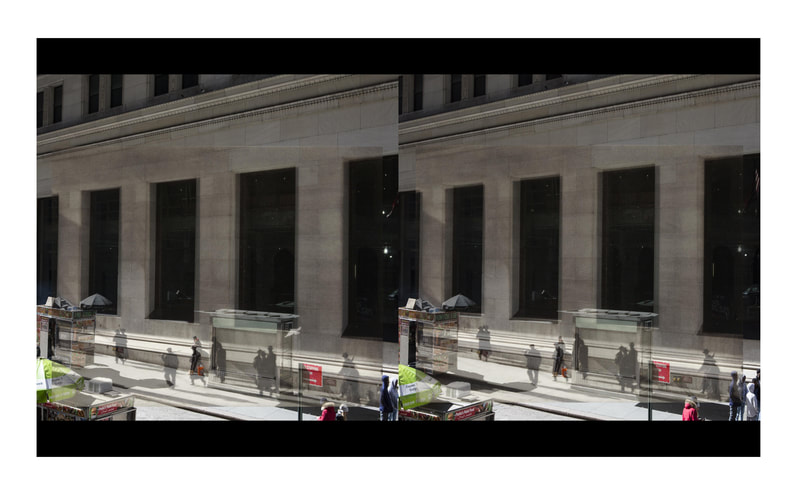 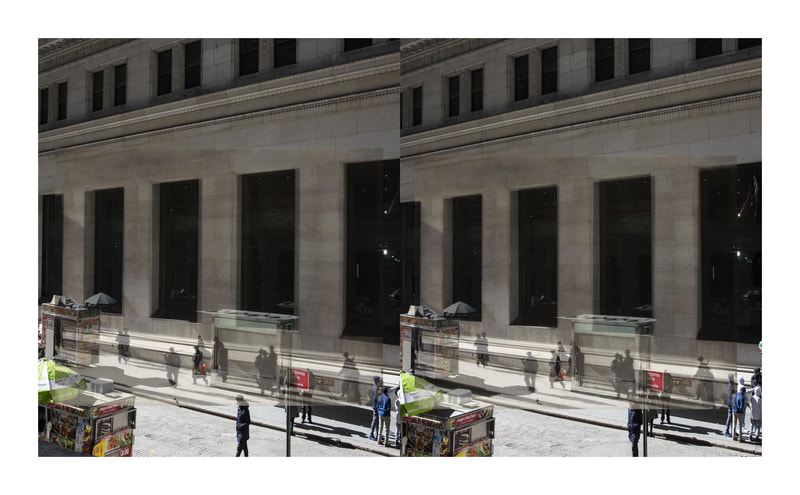